Bad breaks can be tough to recover from. The process can be arduous and can take a long time. Sometimes a full recovery remains elusive and distant.

Silver has a history of bad breaks over the past half-century.  Below is a series of charts that tell the story…

An extended, downward slide has taken the silver price down by thirty percent since its peak of close to $30 oz. in August 2020. At its recent low of $18.40, silver’s price has declined by thirty-seven percent over the past two years. 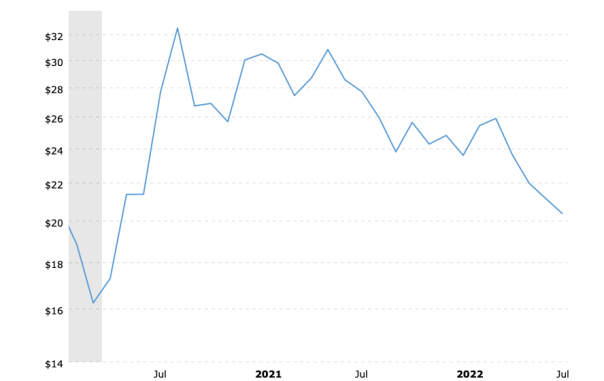 The magnitude of the price decline is amplified in Chart No. 2 when factoring in the effects of inflation. In this case, the decline from silver’s 2020 peak to its recent low amounts to forty-three percent. 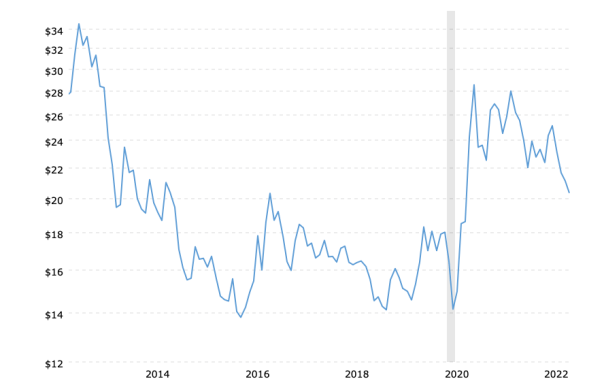 The ten-year history above helps bring additional perspective to silver’s break. Since October 2012, silver’s price has declined by forty-six percent. If we go back to the April 2011 peak, the decline measures a whopping sixty-one percent. 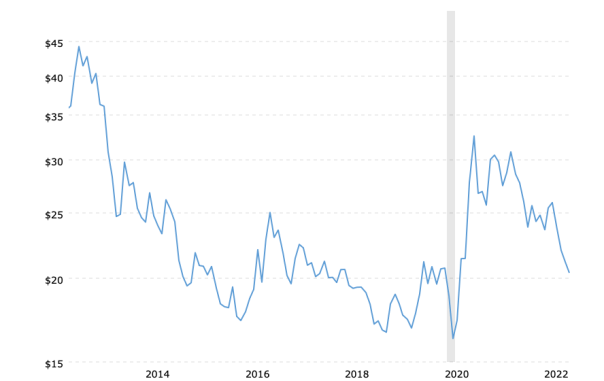 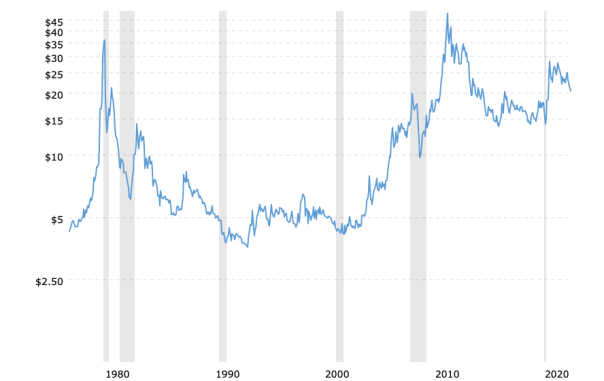 Looking at Chart No. 5, it appears that silver has reasserted itself on a long-term basis and that its price is ascending nicely.  However, after allowing for the effects of inflation, the picture looks depressingly different. This is shown in Chart No. 6 below… 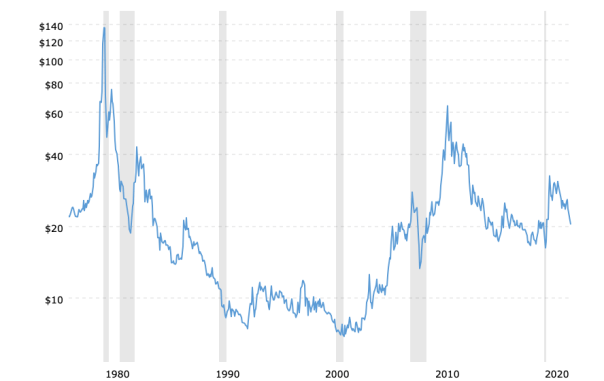 Price action to the upside for silver is always a matter of retracing lost ground. The biggest, most explosive moves to the upside come after huge, multi-year declines, and the up moves never get back to their original highs.

Silver’s recent low of $18.40 oz. is the lowest it has been since May 2020, before those price peaks occurred.

NO NEW HIGHS FOR SILVER

Some final thoughts for silver enthusiasts…

Expecting new highs in the silver price amounts to wishful thinking. Even ordinary, bullish projections for higher silver prices are unsupported by fundamentals and by historical fact.

Kelsey Williams is the author of two books: INFLATION, WHAT IT IS, WHAT IT ISN’T, AND WHO’S RESPONSIBLE FOR IT and ALL HAIL THE FED!

What Is Going On With Silver Premiums? – Patrick Yip

Has Inflation Been Defeated? | SilverSeek

99 Relatable Things That Only Preppers Will Understand – Silver Doctors